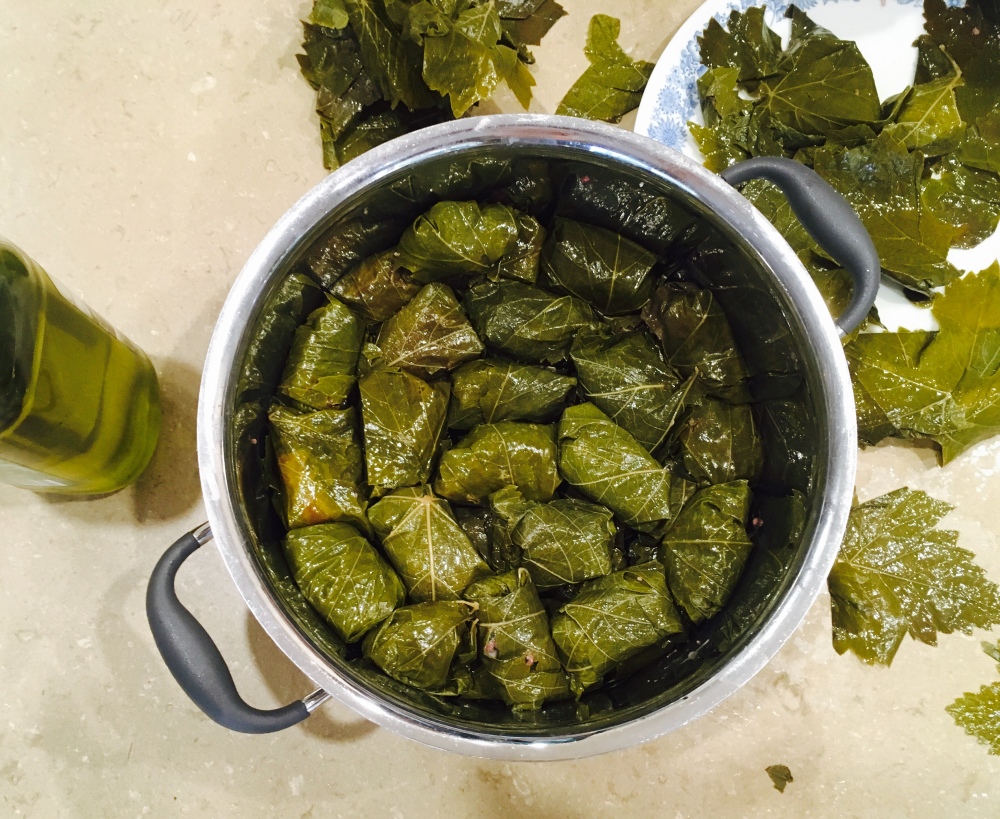 I love to cook. No surprises there.

Pouring through the pages of a culinary tome and diligently following the instructions is a great way to reach gastronomic heights.

Or you can cook with my yiayia Alexandra and watch how she uses her instinct and years of experience to freestyle her way through a dish, never producing anything less than perfection. 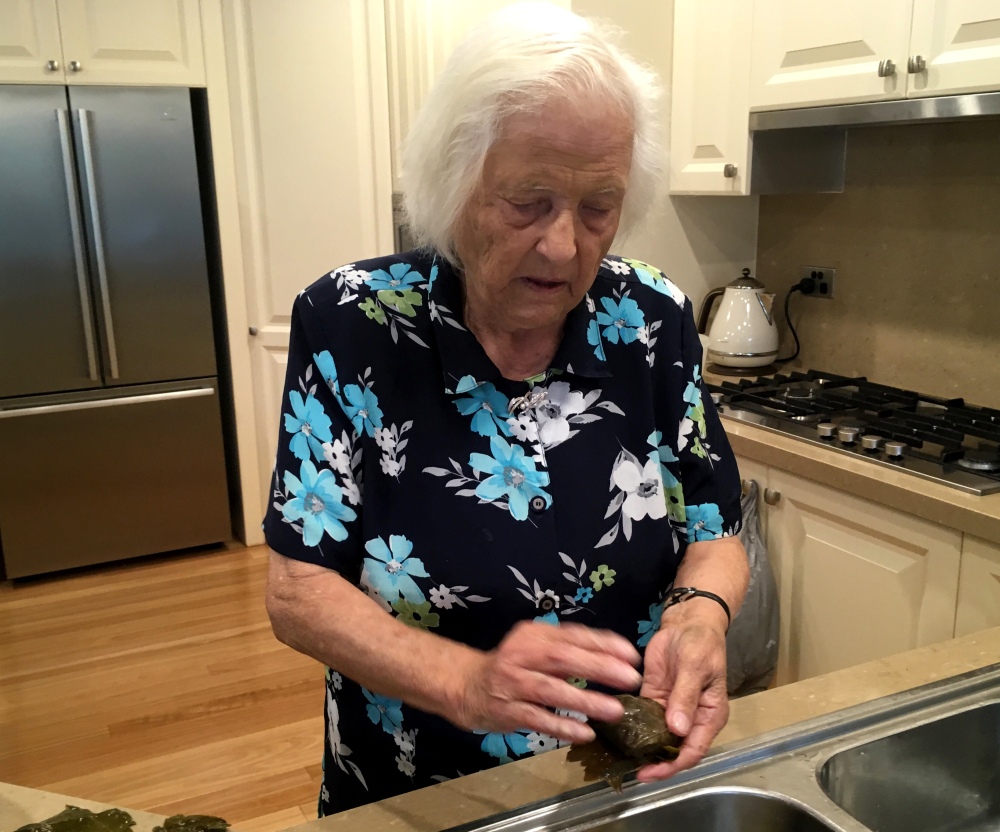 My yiayia Alexandra was never taught to cook. She talks about her mother’s cooking with pride but never had a chance to learn from her because she spent her teens working in the family’s olive grove and was then whisked off by boat, alone, to Australia at the tender age of 19.

She initially lived in the small country town of Giri with her aunty and worked in the family café making sausage rolls and pies for the local farmers. It was only when she married and moved to Sydney that she learnt to cook and over the years of bringing up a family she became known for her culinary prowess. Not an easy task considering her husband, my Papou Peter, was a seafood chef. 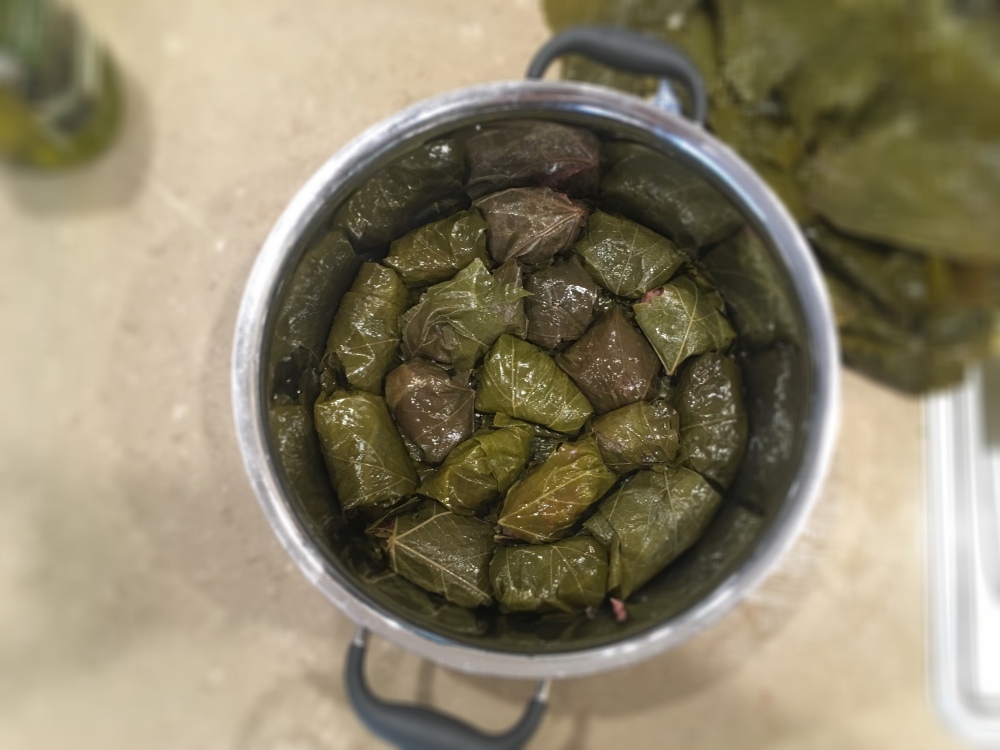 Dolmades are packed tight before being cooked

I’ve cooked and eaten many delicious Greek dishes from yiayia (I can’t think of a single occasion when she’s veered from Hellenic cuisine) but one dish I’ve never seen either of my yiayias cook is arguably one of the more recognisable Greek mezedes, dolmades.

I asked my Yiayia Maria once why this was and she told me it was because her husband, my Papou Con, didn’t like them. She had therefore never made them while he was alive and sure as hell wasn’t going to start now, even though he’s been dead for over thirty years. 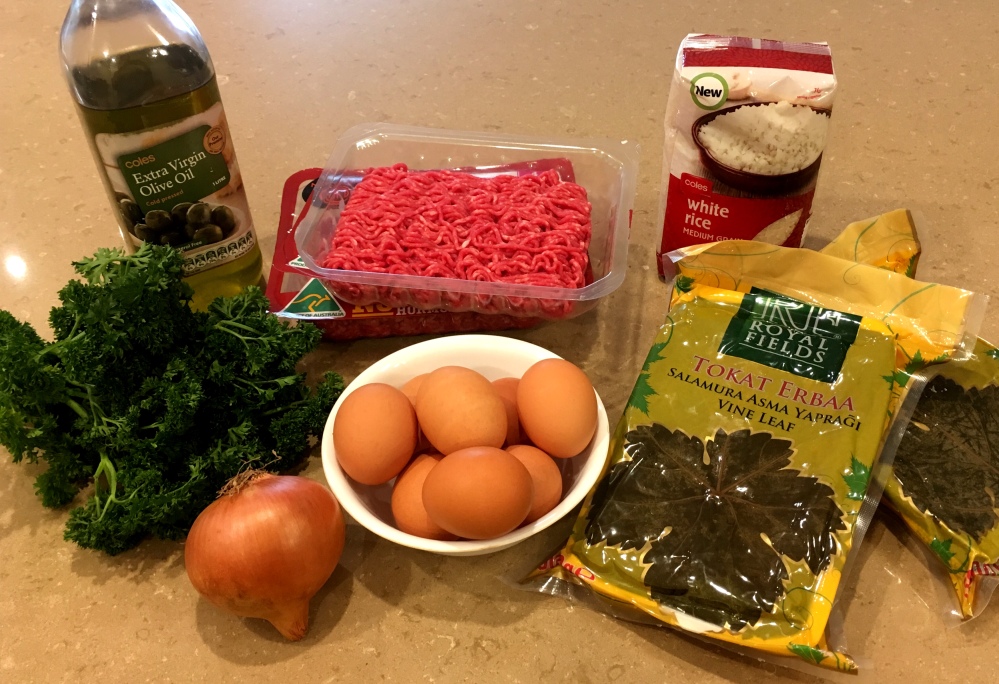 So I turned to Yiayia Alexandra to show me the ropes. I’ve only ever eaten rice stuffed vine leaves but it turns out yiayia had other ideas so we went shopping to pick up beef mince along with rice, parsley, onion, eggs and of course vine leaves. 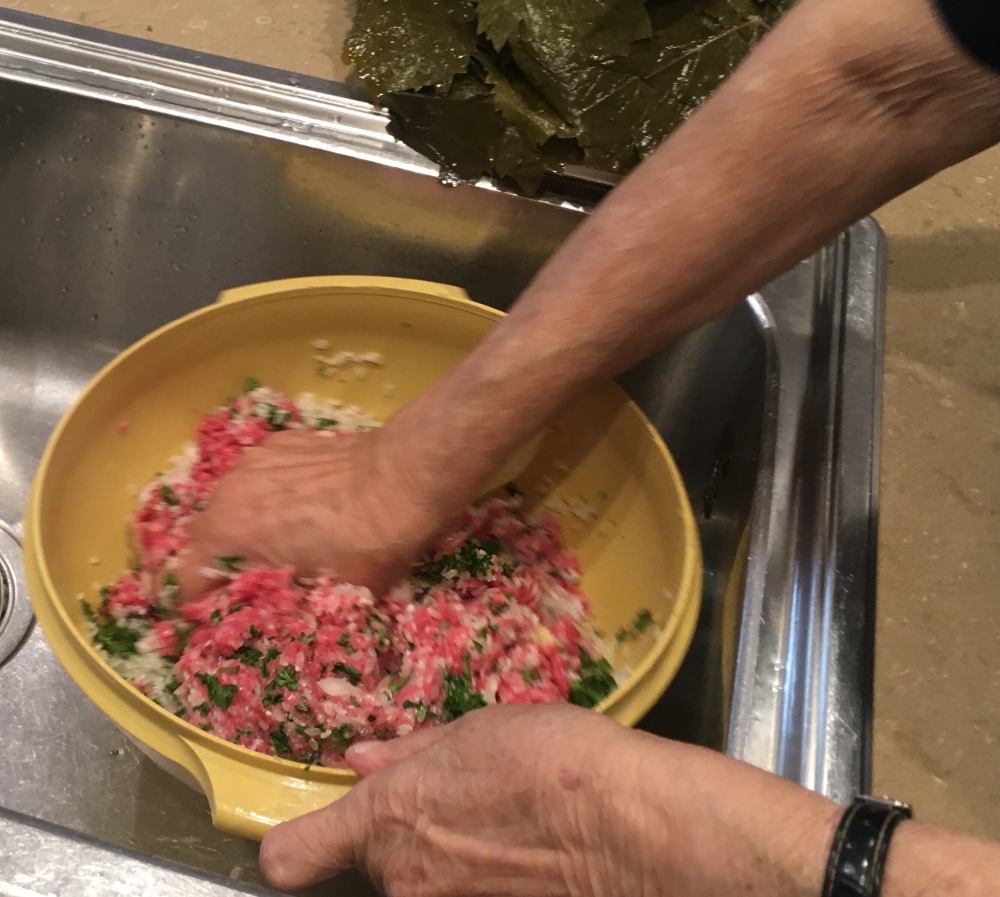 Yiayia works the mince mixture with her hand

Back in the kitchen, yiayia rinsed the salty packed leaves while I was tasked with chopping the onion and parsley. Yiayia worked them into the mince with her hands along with eggs, salt and pepper. 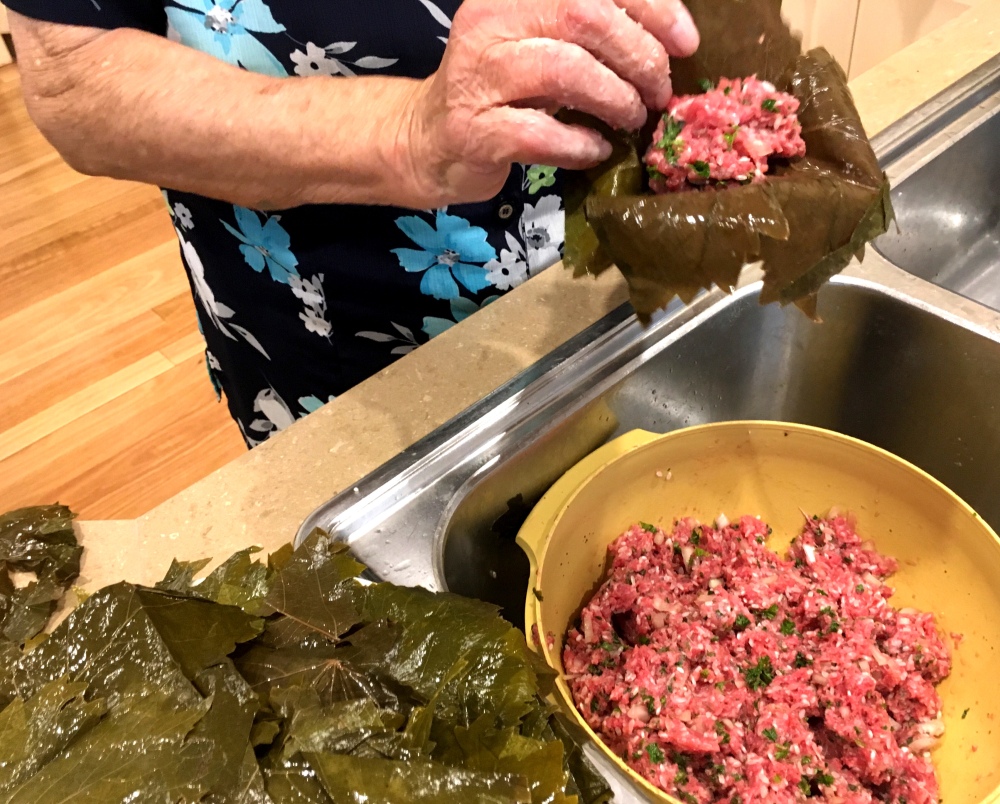 Yiayia is a master at the stuffing technique

It’s the assembly stage of dolmades that takes time. We stood side by side for the next half hour, the concentration dripping from our pores as we carefully layed out the leaves, filling them with the mince mixture and rolling them up into little fingers. END_OF_DOCUMENT_TOKEN_TO_BE_REPLACED