I’ve always been intrigued by truffles. And I’m saddened by their current identity crisis.

How is it that this rare, expensive, hyped-up fungi can appear everywhere? Making a cameo in your eggs during Sunday brunch, moonlighting in your local Italian joint’s pasta, flavouring salt grinders in the condiment aisle. How can this be?

Chemically produced, synthetic truffle oil, that’s how. ‘One of the most pungent, ridiculous ingredients ever known’ according to Gordon Ramsay. 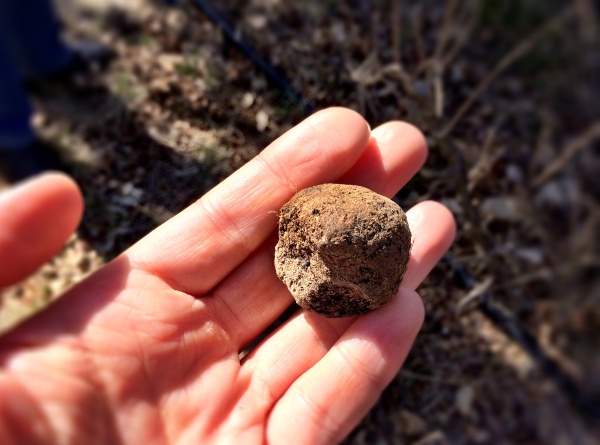 A small but perfectly formed truffle

So it’s been a while since truffle flavoured anything has stepped foot in my kitchen. But my interest in the real deal has not subsided and I’ve been keenly watching the growth of the Australian black Perigord truffle industry.

Around 30 of Australia’s 150 growers are based in the Canberra region; the cool climate is perfect for cultivating truffles, much like its celebrated wines.

It was a bit late in the season when I visited Tarago Truffles so I knew the days of finding bucket loads of truffles were over, but was assured by owners Denzil and Anne that there should still be a gem or two out in the field.

Denzil holds up his first prize of the day

Denzil and I bonded instantly over our mutual hate for truffle oil. The only time he’ll go near it is when he takes visitor’s dogs out for a bit of truffle training – he soaks cotton wool in ‘truffle’ oil and uses this to teach dogs how to follow the scent. To train his own dogs he uses real truffle that’s been frozen from the last season.

A particularly moist truffle is pulled from the ground

Growing truffles is not straight forward, there is no truffle ‘seed’ you buy at Flower Power. Instead an acorn and truffle fungi are joined in a lab to form a symbiotic relationship, 18 months later you plant the truffle fungi in the wild and hope for the best.

Denzil started his truffle journey in 2002 and now has 4,300 oak trees across 9 hectares. During the Australian season (May-August) he takes groups through the land to have their own truffle hunting experience. 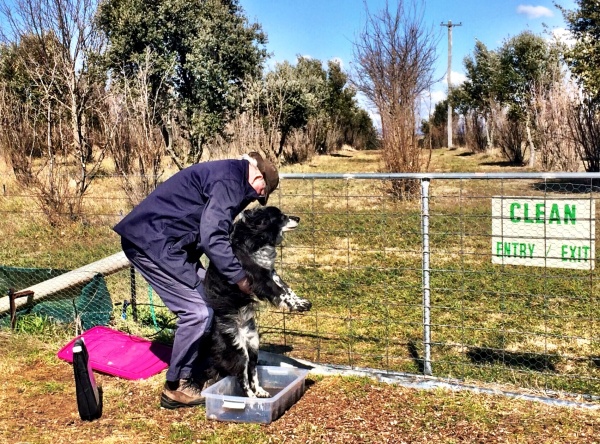 And that goes for Utah too

First step is to bathe your feet in chlorine to keep germs out of the paddock and prevent cross-contamination. Even the dogs have to quickly dip their paws in.

Denzil and Utah set off to find truffles

Then it’s time to break into groups and follow one of the leaders who each have a specially-trained dog – the key to finding truffle gold. We quickly learn that Denzil’s son Matt and his dog Dusty have the canniest noses, leading to the biggest spoils.

Matt walks Dusty through an avenue of oak trees until Dusty stops and starts to sniff a particular spot – chances are this means there are truffles in the ground. END_OF_DOCUMENT_TOKEN_TO_BE_REPLACED

It’s coming up to that time of year again.

Backpackers and the Spanish know exactly what I’m talking about.

La Tomatina is one of those mandatory European travel experiences, up there with the running of the bulls, camping out for Wimbledon tickets and partying on the Greek islands.

This unassuming town goes mental on one day of the year

For the uninitiated, La Tomatina is a festival held in the tiny Spanish town of Buñol, about an hour from Valencia. It started in 1945 as an innocent food fight and grew to the point where the town of 9,000 inhabitants was being overrun by 50,000 crazies on the last Wednesday of August each year to get caught in the cross fire of a bloody food fight.

It got so ridiculously big that the town had to introduce a ticketing system to scale it right back down to a more reasonable 20,000 people.

Locals get prepared for action

So you can’t just rock up like I did with my friend Anna many years ago; have the privilege of being crushed against the side of the road as the tomato-laden truck passes by; practically become blinded by the acid in the tomatoes; and lose almost every piece of clothing in the process. Well you can but you have to be selected first.

For anyone that makes the cut, well done you! Here are my ten tips for surviving La Tomatina.

Moments before the tomato avalanche begins 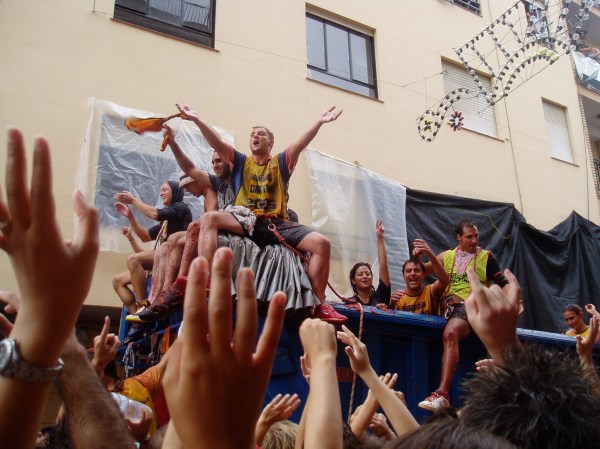 1. Don’t take a camera. At least don’t take a camera you want to be sure you’ll take home in working condition. I’m still glad I did take a camera (yes this was back in the day when people had actual cameras rather than just using smart phones) because it captured these shots that are priceless to me. However the second people saw me with a camera I became an instant target and everyone wanted to take the camera (and me) down.

This is how is starts

In retrospect I should have kept it in a plastic bag for protection. By some miracle, the camera survived although I did find random pieces of dried tomato wedged in its crevices for months to come.

The food fight has well and truly begun! 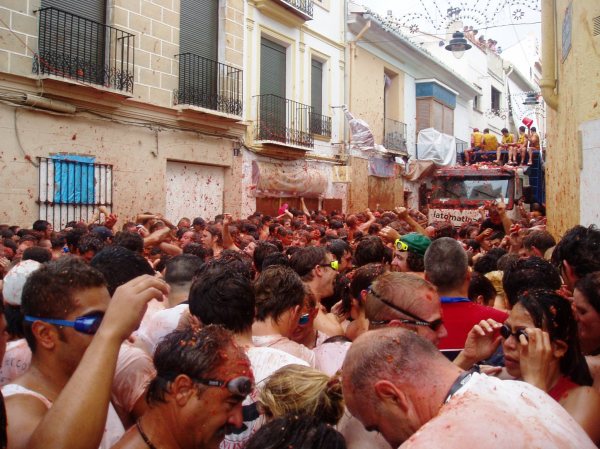 Goggles are definitely an advantage at this stage

A bowl of yiayia’s avgolemono

Anyone not Greek right now is struggling. It’s okay you can admit it.

Maybe not as much as the time you encountered galaktoboureko, but similar territory.

It’s not only a long word with far too many vowels but there is a silent letter that just throws the entire thing out of whack.

See it wasn’t that hard. My recommendation is that you become familiar with this magical soup because it’s an absolute winner and if I had to consume nothing else all winter long I’d be a very happy girl.

So what is it? If you break it down it’s quite simple

Egg and lemon soup. When I get to this point of the explanation I usually get strange looks.

Egg in a soup? How does that work? 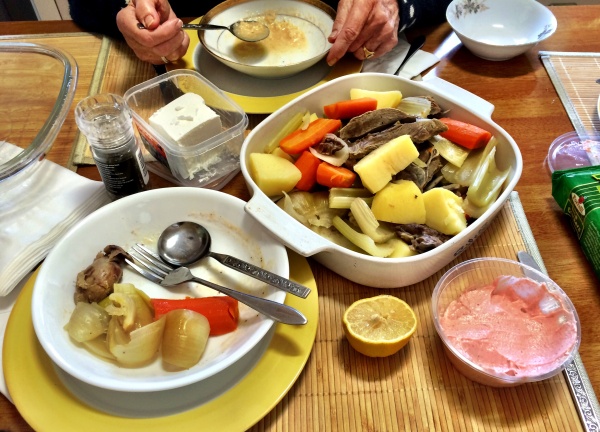 Meat and vegetables from the stock are served alongside the soup

It’s quite an unusual concept but once you try it you’ll be sold. The base of the soup is chicken stock (or lamb or fish) and this has to be made from scratch with fresh meat or bones, carrots, celery (personally I prefer leeks) and bay leaves. The meat and vegetables later become a side to the soup. Then you add rice. So far so good.

In a separate bowl you beat eggs and combine them with fresh lemon juice. END_OF_DOCUMENT_TOKEN_TO_BE_REPLACED