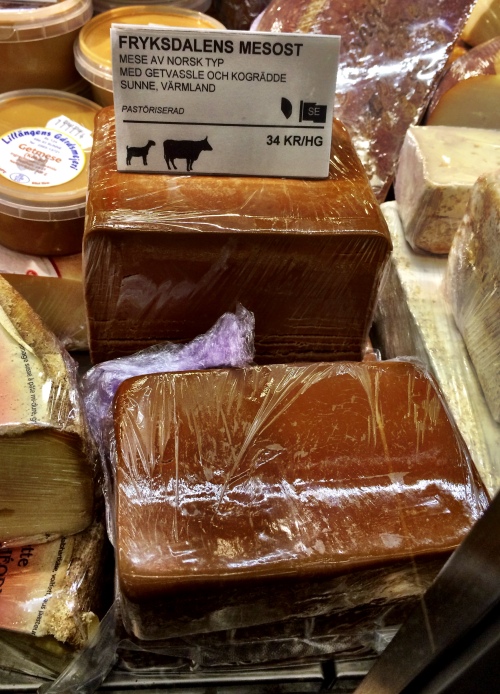 No really. This will officially be my cheesiest post, based on weight of course.

Sure, I’ve covered raclette in depth, while other cheeses have popped up in random posts, but this time I’m going all out with a full dairy overload. Here are five very special cheeses that I haven’t stopped thinking about. 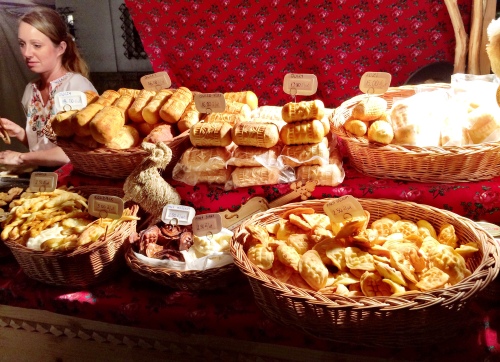 Oscypek display at a market in Krakow

Let’s start in Poland. I had read about oscypek – a protected smoked cheese from the Tatra Mountains, so it was on my radar. The cheese gods were clearly looking down on me on that trip because within ten minutes of alighting at Krakow train station, Maz and I stumbled across a food market with an entire stand dedicated to oscypek. Score! 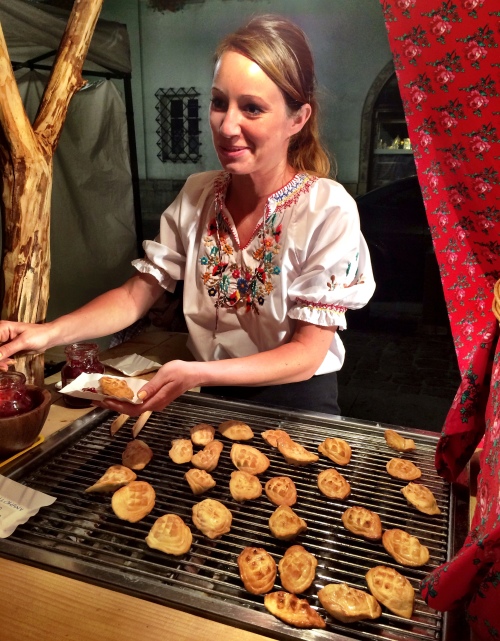 This poor woman had to deal with oscypek groupies (i.e. us) every night

Made from salted sheep and cow milk, the cheese is formed into decorative shapes, brined and cured in hot smoke. Each little cheese is heated to order on the barbeque and served with a dollop of cranberry sauce. 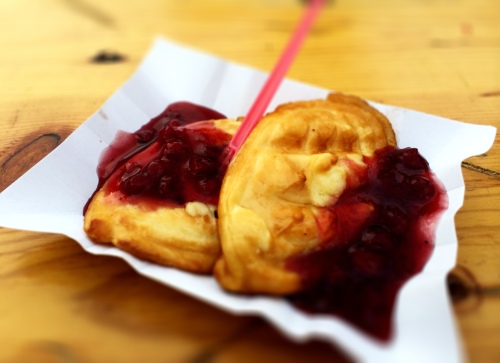 The sharp, salty, smoked ooziness of the cheese was sublime with the fruity tang of the cranberry. We loved it so much we had seconds that night and came back the following two nights. I think the lady at the stand thought we were a bit strange. This was a culinary highlight of the year and I’m on a mission to track it down in Sydney. 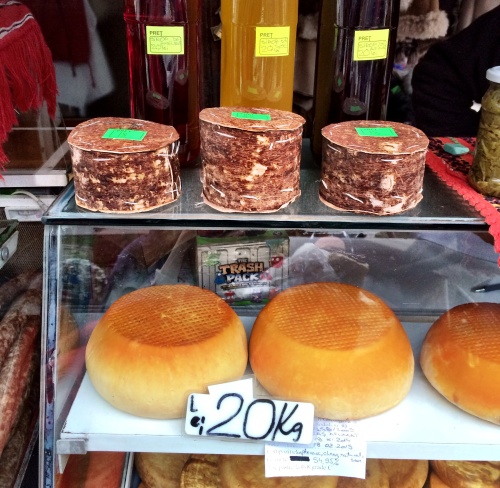 The award for the most bizarre looking cheese on the list would go to this Romanian beauty. The first time I spotted it in a market outside of Dracula’s ‘castle’, I wasn’t exactly sure what I was dealing with. Small pieces of fire wood? Bit odd to find that in the cheese display. Maybe a derivative of fresh coconut? But then it was winter in eastern Europe, not exactly a climate in which one would expect a tropical fruit. After a bit of investigation I discovered it was cheese in bark. Why hadn’t I thought of that before? END_OF_DOCUMENT_TOKEN_TO_BE_REPLACED 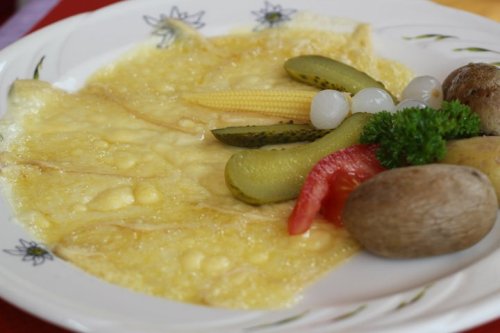 Raclette. The word drips off the palate as beautifully as the cheese melts.

I don’t need to convince anyone about the merits of melted cheese. But once you’ve discovered raclette you´ll never look at melted cheese in the same way again. 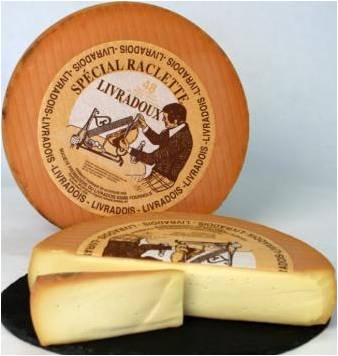 A wheel of raclette cheese

Legend has it that Swiss farmers from the Valais canton set up camp one night and some bits of cheese they’d left on rocks near the fire melted. They scraped the cheese off and discovered it was delicious. Raclette (from the French racler meaning ´to scrape´) was born.

Raclette from Borough Markets in London

Raclette is now one of Switzerland´s most cherished national dishes, vying only with distant relative fondue for cheesy supremacy. 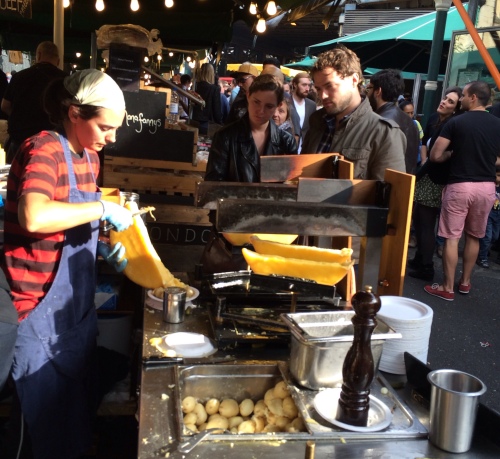 The modern way of cooking raclette doesn´t involve any rocks. When produced on a large scale, like at Borough Market in London, half wheels of raclette are heated from above by a special machine, then scraped onto small boiled potatoes, gherkins, pickled onions and charcuterie. 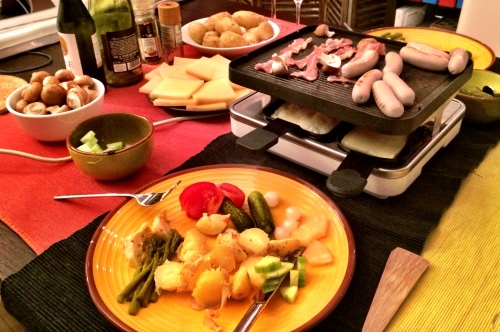 Raclette slices melt in small pans under the hot plate

The electric home kits are pretty nifty too. They include small pans in which to melt individual slabs of raclette, and a hot plate for cooking bacon, sausages and anything else you fancy. 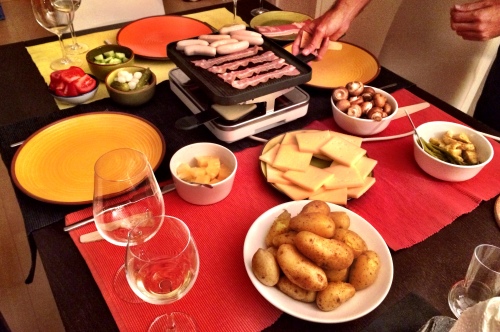 The Swiss are masters at DIY raclette

I was lucky enough to have raclette with my friends Michael and Karin in Zurich and they really pulled out all the stops. Once individual raclette slices were cooked to our liking, we simply poured the melting goodness on top of potatoes, mushrooms, marinated artichokes, sausages, bacon and other tasty accoutrements. 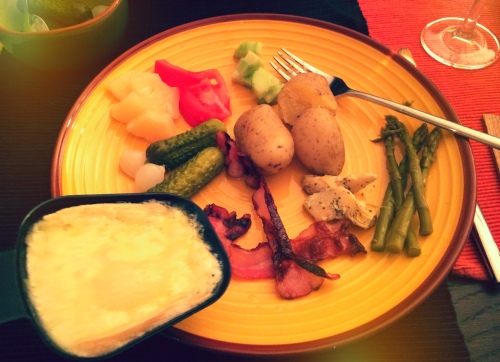 A crisp white wine is the perfect accompaniment to cut through the creaminess of the cheese. Kirsch, cherry flavoured brandy, is also a popular match and comes from the same region that raclette originated.

Has anyone experienced a fabulous raclette outside of Switzerland?