Get to the heart of a country’s sweet spot and I think you’re well on your way to understanding the very soul of those people. The Greek sweets I’ve grown up with often come drenched in honey syrup and sprinkled liberally with cinnamon. Well we are sweet and intense people are we not?!

I have an extraordinarily strong sweet tooth. And a very robust dessert stomach. Both come in handy when travelling and eating a disproportionate amount of sweet treats.

Here is a taster of some unforgettable sweet moments; memorable as much for their provenance as their deliciousness.

Dobos Torte: this Hungarian beauty was invented 130 years ago; that’s impressive staying power in the fickle world of dessert fads (take note cronuts). Five layers of sponge cake and chocolate buttercream are topped with a firm caramel glaze and crushed nuts. Patissier József Dobos pioneered the use of buttercream to extend the cake’s shelf life, a clever idea in the pre-refrigeration age. Pick up a slice from any patisserie or cafe throughout the country. 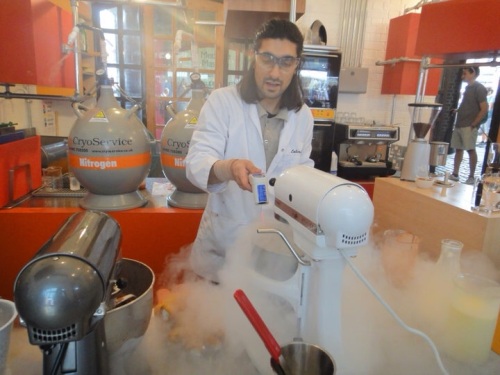 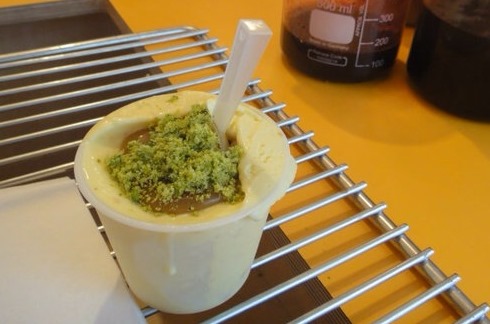 A myriad of curious flavours rotates regularly; try tonka pineapple one week and pumpkin cheesecake the next. They also get creative with their toppings (white chocolate coated potato chips anyone?).

Calissons, almost too beautiful to eat (but not quite)

Calisson: you can’t take two steps in Provence without tripping over a display of these stunning beauties. Each one perfectly almond shaped, they are made from candied fruit paste and marzipan with a thin layer of royal icing. The flavours represent the beautiful produce and colours of southern France. My favourite place to buy them is La Cure Gourmande. Why L’Occitane hasn’t developed a calisson flavoured range is beyond me. END_OF_DOCUMENT_TOKEN_TO_BE_REPLACED