I remember the thought that flashed through my mind when I walked into my first ruin pub in Budapest.

This is an OH&S disaster, you would never see this in Sydney, or London, or possibly anywhere else for that matter!

That’s because ruin pubs, as the name suggests, lie within dilapidated shells of abandoned buildings. They predominantly sit in the old Jewish quarter which was left to decay after WWII. In any other city there would be a wrecking ball around the corner, but in Budapest some inspired drinkers decided they might be good for something and slowly they have turned into drinking and party meccas. 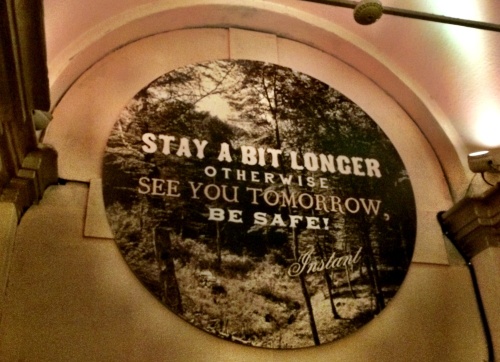 You could actually visit Instant every day, there is that much going on

I had two favourites, the first was Instant (pronounced Inshtant by Hungarians) which takes up an entire former tenement apartment . Within its 23 rooms it offers themed dancer floors, furniture pinned to the ceiling and giant flying owls overlooking the floor. They are fake but you’ll have to look twice.

The slightly shabby façade of Szimpla

The second was Szimpla, which happened to be the very first ruin pub, kicking off the trend in 2001. It has a fabulous courtyard where you can sit in an old communist Trabant car, order from the vitamin bar, check out the graffiti art, catch films and theatre or rent a bike. 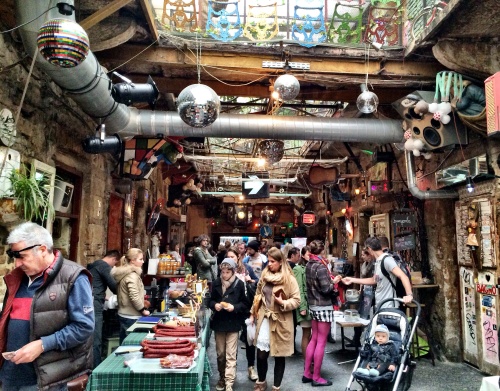 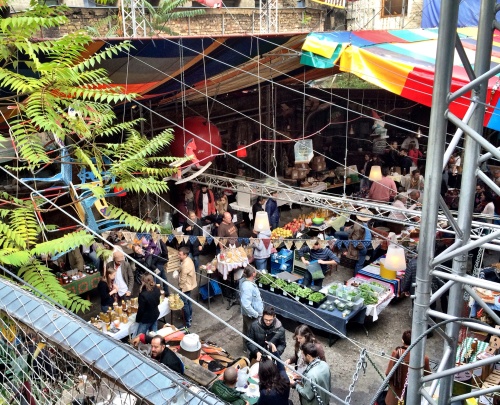 My favourite part of Szimpla relates to food, of course, and was the farmer’s market that takes place every Sunday. Their mission is to connect the city crowd with local farmers and judging by the crowds, it’s certainly working. 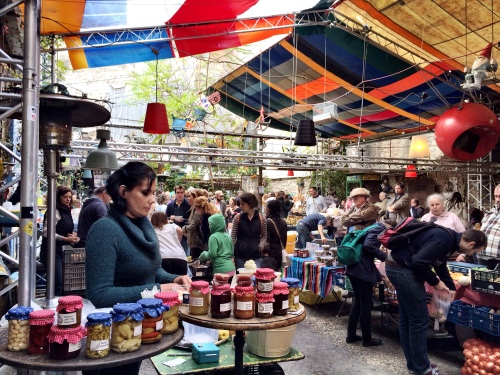 The giant courtyard is dotted with stalls laden with farm-fresh produce including cheese, fruit and vegetables, honey, cured meats, fruit cordials and homemade pastries. Vendors are friendly and they offer generous samples.

I spent a good twenty minutes hovering by the truffle stand, if only because I couldn’t believe how many there were, how big they were and how cheap! 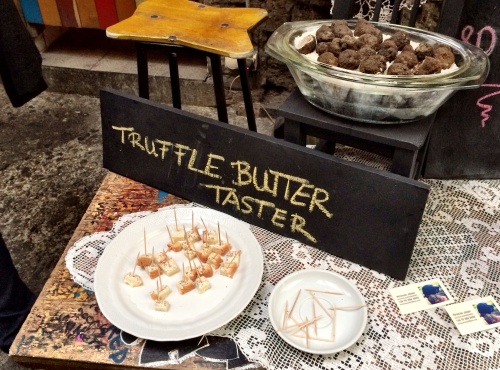 I loved the truffle butter but seeing as I was not going to be near a fridge all day I opted for the truffle salt which had chunks of fresh truffle dotted throughout and proffered the most intense truffle scent I’d ever encountered. A good sized jar was 1800HUF or €4.50 – bargain! END_OF_DOCUMENT_TOKEN_TO_BE_REPLACED