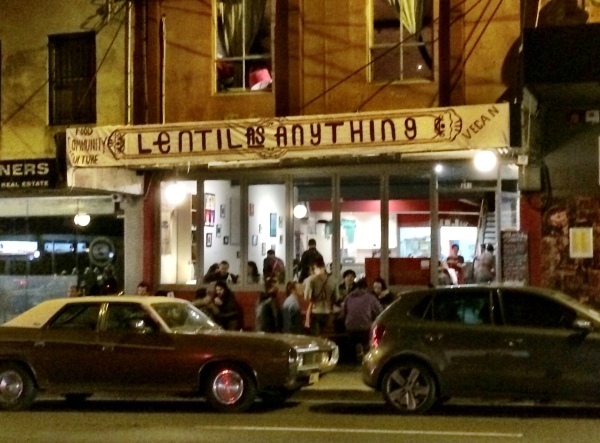 Lentil as Anything in Sydney’s Newtown

It’s extremely hard to make money in the restaurant business. Often the most creative and technically brilliant chefs are not adept businesspeople. Being the hottest new chef with a swag of awards doesn’t help either. A full restaurant does not equal a profitable restaurant.

My point is that pricing in restaurants is crucial – it has to strike a balance between covering costs and not scaring customers away with a $25 starter of bread and olives. 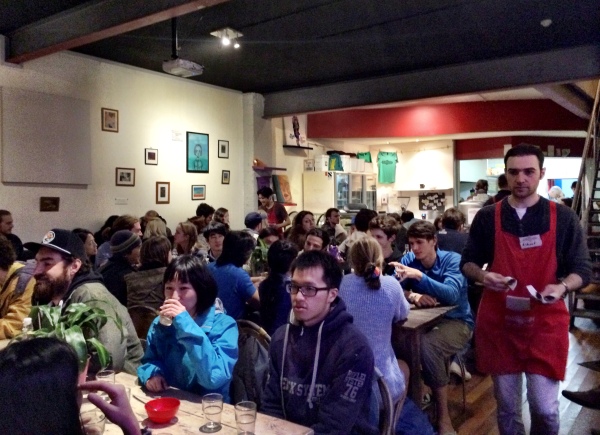 Lentil as Anything has a pared back, student vibe

If pricing can make or break a restaurant then what happens when a restaurant comes along with no prices? Enter Lentil as Anything, a pay-what-you-can-afford, not for profit vegan restaurant that leaves the maths up to the customer. The restaurant is built on the idea that “everyone deserves a place at the table” and wants to offer everyone a positive dining experience, regardless of their financial state.

It’s a concept that made waves when it opened in Melbourne originally and then Sydney’s Newtown and begs the question – what do people do when paying is off the hook?

What would I do?

The succinct menu for the evening

On the Wednesday night I visit with friends Ving and Bel, the place is packed. And everyone appears to be south of 25 in student-style attire. We ­could be in a uni canteen.

There are four mains on the menu, plus chai tea and one dessert.

The restaurant’s philosophy and their tasty chai tea

We start with a small glass of chai which has much more depth and flavour than the sort of chai you usually get in cafes these days. It appears not to be made from powder which is an automatic win in my book. 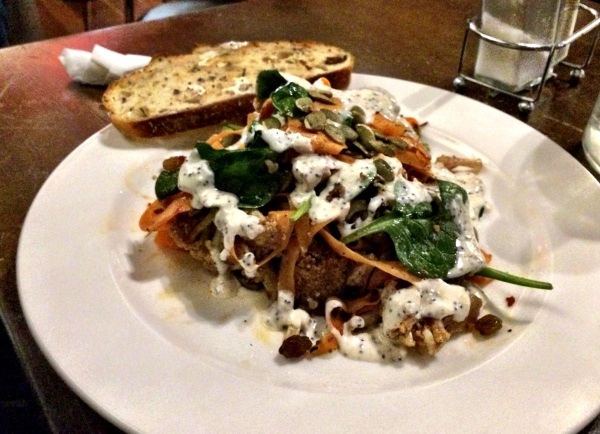 The mains on offer for the evening are: Moroccan tagine with black eyed bean couscous; creamy cashew and mushroom spaghetti with garlic bread; spicy roast cauliflower, pepita and spinach salad and ratatouille with rice and garlic bread.

Once a dish sells out, that’s it, so getting in early is advisable. END_OF_DOCUMENT_TOKEN_TO_BE_REPLACED