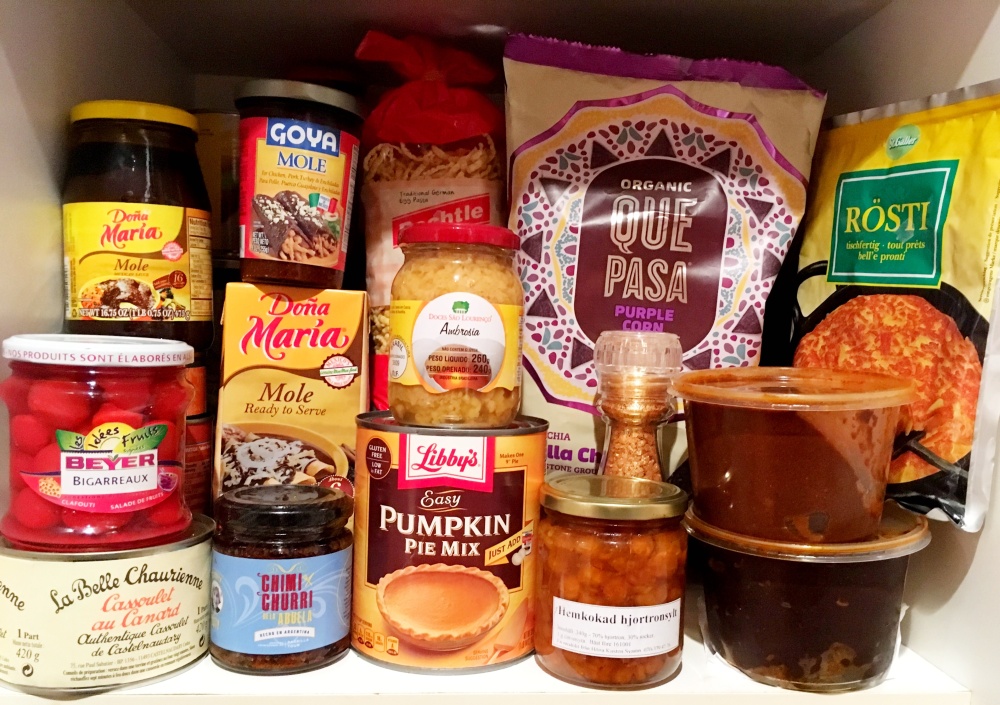 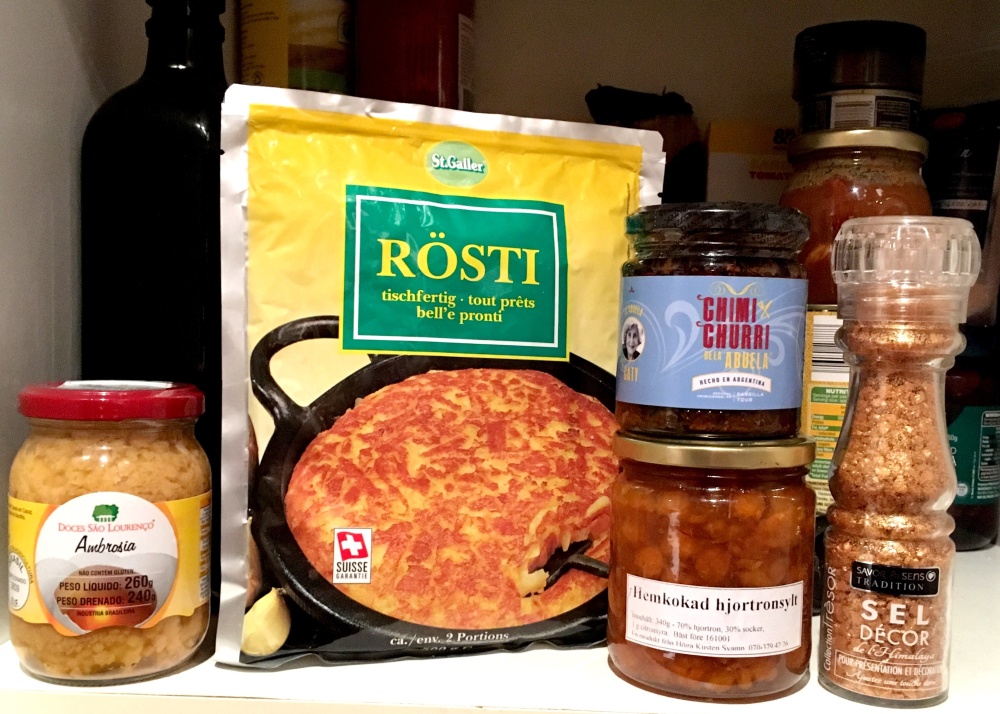 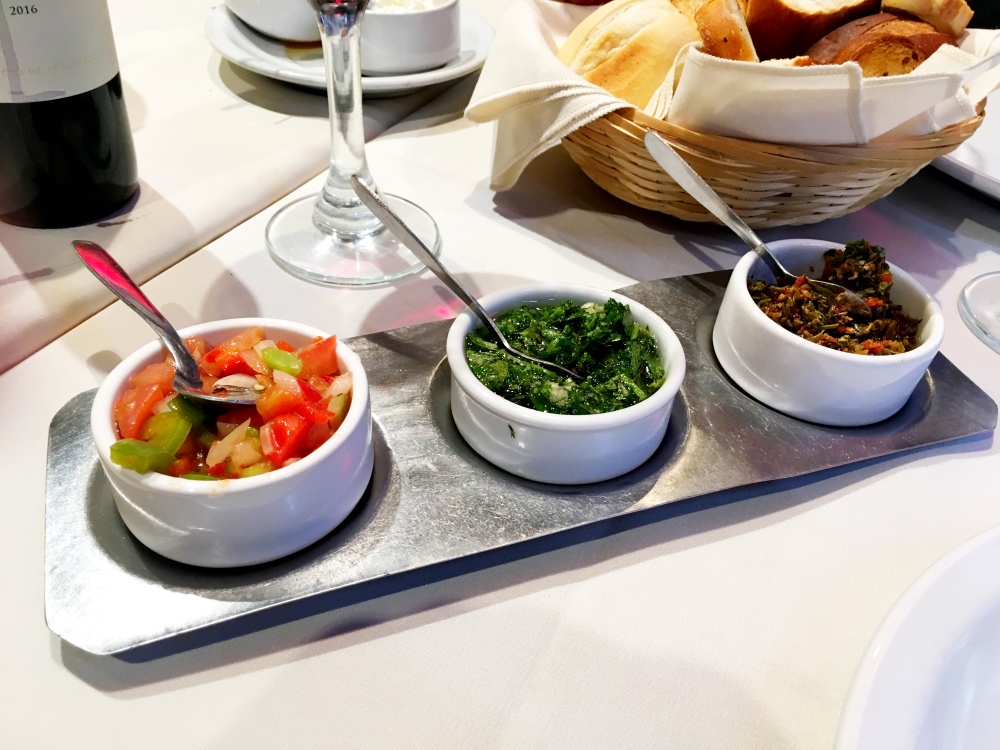 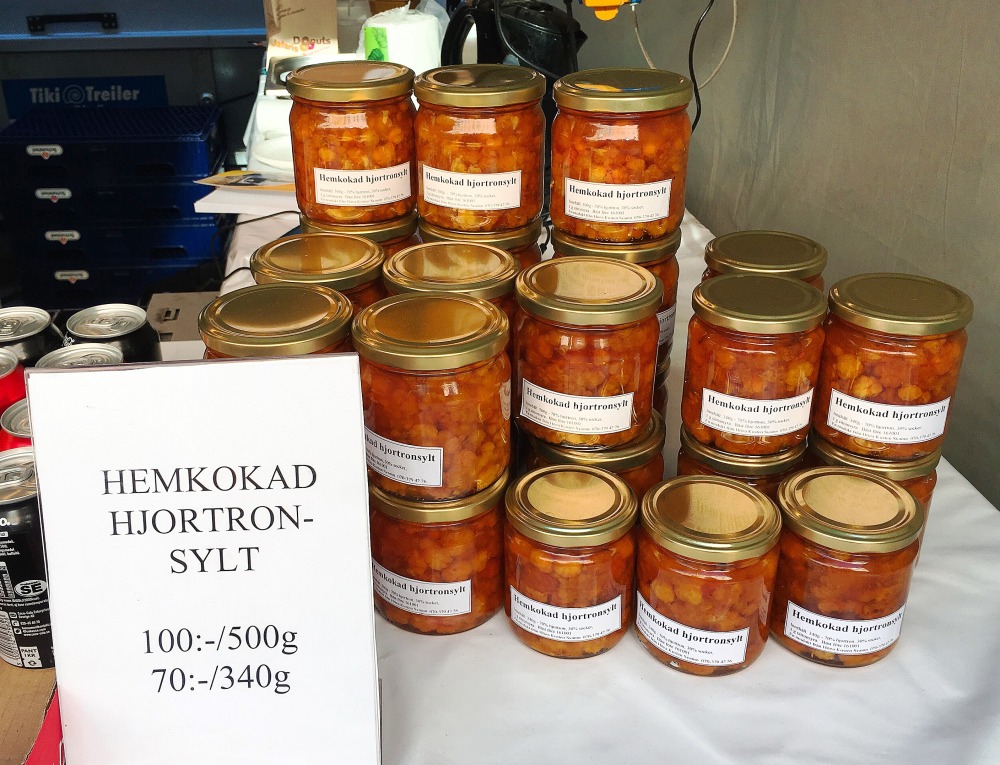 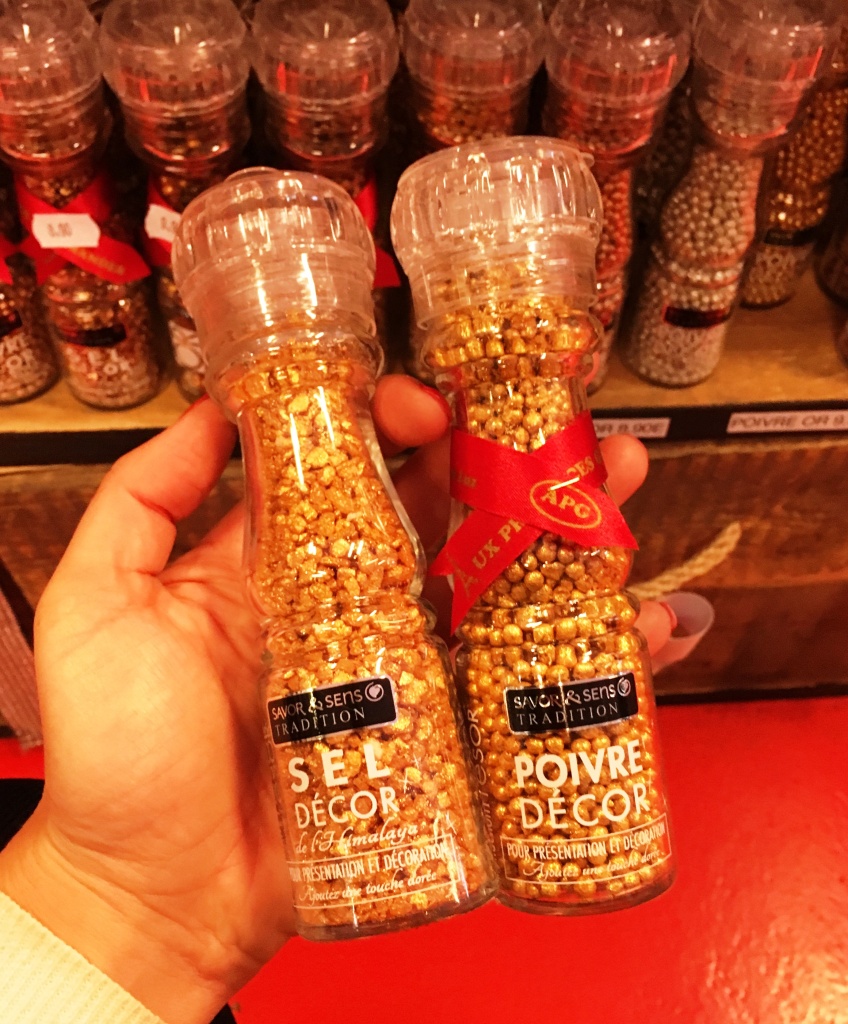 Gold salt. Now this is a bit ridiculous and I bought it purely for ostentation. What better to finish off a dish than gold Himalayan salt? I came across this and its cousins – silver pepper, rose gold salt – in St Jean de Luz earlier this year. I was so blinded by the bling I almost walked away with one of each but then talked myself out of it as it would have added a few kilos to my luggage at the starting point of my trip. I can’t wait to add a touch of gold rush to every plate. 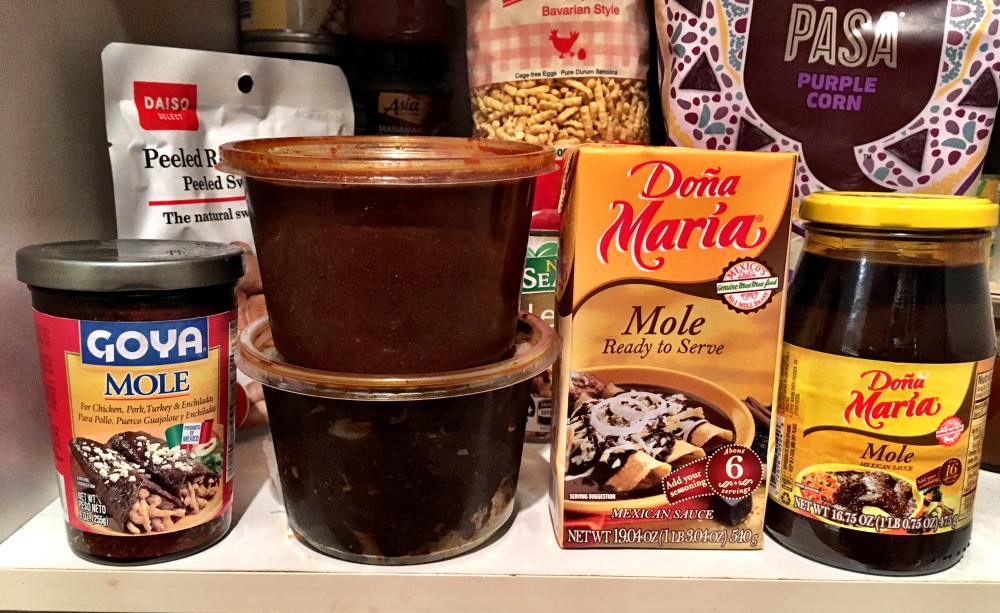 Have I mentioned I love mole? My last post was dedicated to the stuff. While in LA recently (the closest I’ve been to Mexico in the past few years) I took advantage of its proximity to Mexico to stock up on every type of mole I could find. This included tubs of fresh mole mix (mole poblano and mole teloloapan) plus a number of supermarket varieties. The lady in the supermarket noticed that half my basket was filled with mole and offered to send me some… apparently international shipping has a flat fee of USD$10 and she thought she’d be doing me a community service. She was right! 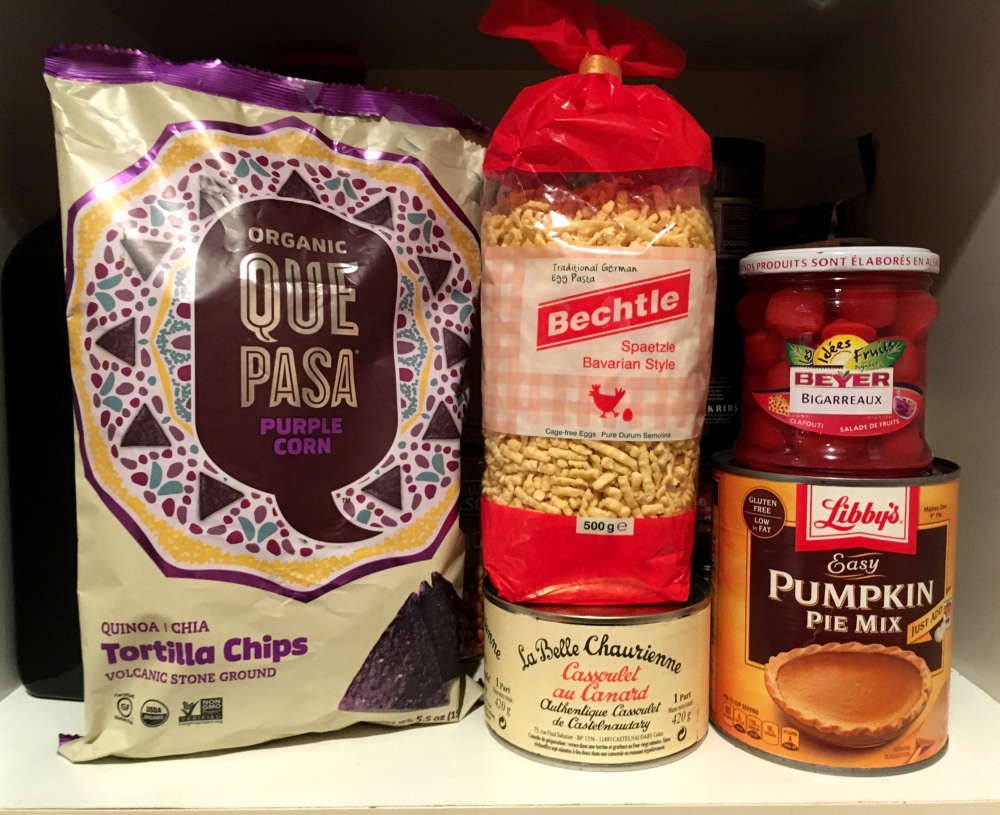 There’s one bleedingly obvious reason I bought these corn chips and anyone who knows me at all will know why. They’re purple! Anything purple must be added to my trolley pronto. I found these at Wholefoods in LA and still marvel that they made it back to Sydney. They are delicious of course, I happen to be crunching on them as I type. These chips are volcanic stone ground purple corn with quinoa and chia so they simultaneously tick the purple and hipster boxes.

To the right we have a packet of German spaetzle which I actually didn’t buy in Germany but rather in WA’s Swan Valley at a German beer house. I became fond of spaetzle on my first trip to Germany many years ago – as much for the name as the flavour and taste. Not to mention its ability to perfectly soak up the flavours of whatever rich stew is hitting its curves. It’s essentially egg pasta in the shape of little worms and hails from Bavaria. I’ll be matching this with a stroganoff for sure.

Tucked underneath is a cassoulet au canard that I picked up in St Jean de Luz this year. ‘La Belle Chaurienne’ is a supermarket brand from the South of France and something about its simple graphic-led traditional style of packaging has always enticed me and I often collect a few tins on my travels. This duck cassoulet is made with duck pieces, Toulouse sausage and cassoulet beans. I’m saving it for a cold night and a French film.

Further right we have marinated Bigarreaux cherries from Alsace, the home of my beloved friend Agathe. When I last dropped into the Alsatian town of Selestat to visit Agathe it was timed with Fête de la Musique, a national celebration of music which sees the entire country drop what they’re doing and congregate together to play, listen and celebrate music. 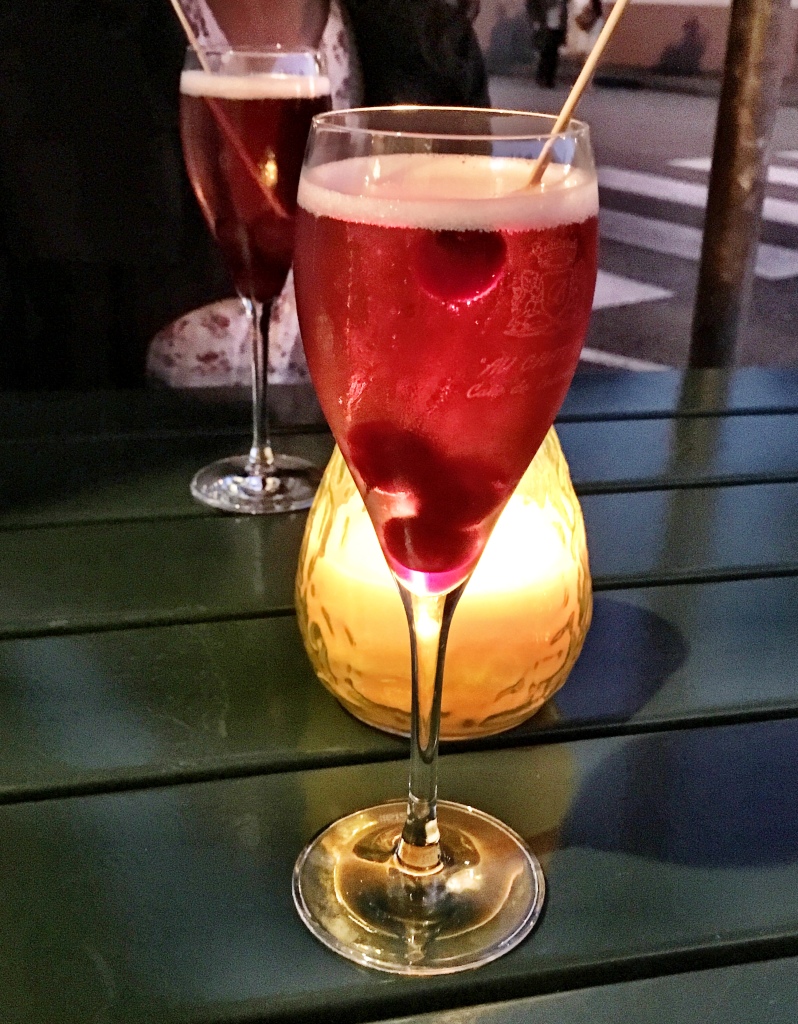 We did just that and at one point in the night settled at a bar to watch and listen. Agathe ordered us the cocktail de jour which was local sparkling (crémant) with local cherry liqueur spiked with a couple of these cherries. Wow. What a stunner. I was so enamoured the next day I bought both the liqueur and the cherries.

Underneath the cherries we have one of the most recognisable American pantry staples – Libby’s Pumpkin Pie mix. I’ve always been a fan of pumpkin pies – from the Kytherian version my yiayia taught me to the American version with the super sweet edge. Last year my American flatmate Kate hosted a delightful Thanksgiving dinner and the finale of course had to be pumpkin pie. And in case you think the canned stuff is a short cut think again. The traditional way to make this dessert is with canned pumpkin, no one in their right mind uses fresh pumpkin. This can was a leftover and already has its sights on this year’s Thanksgiving feast….conveniently just a month away!