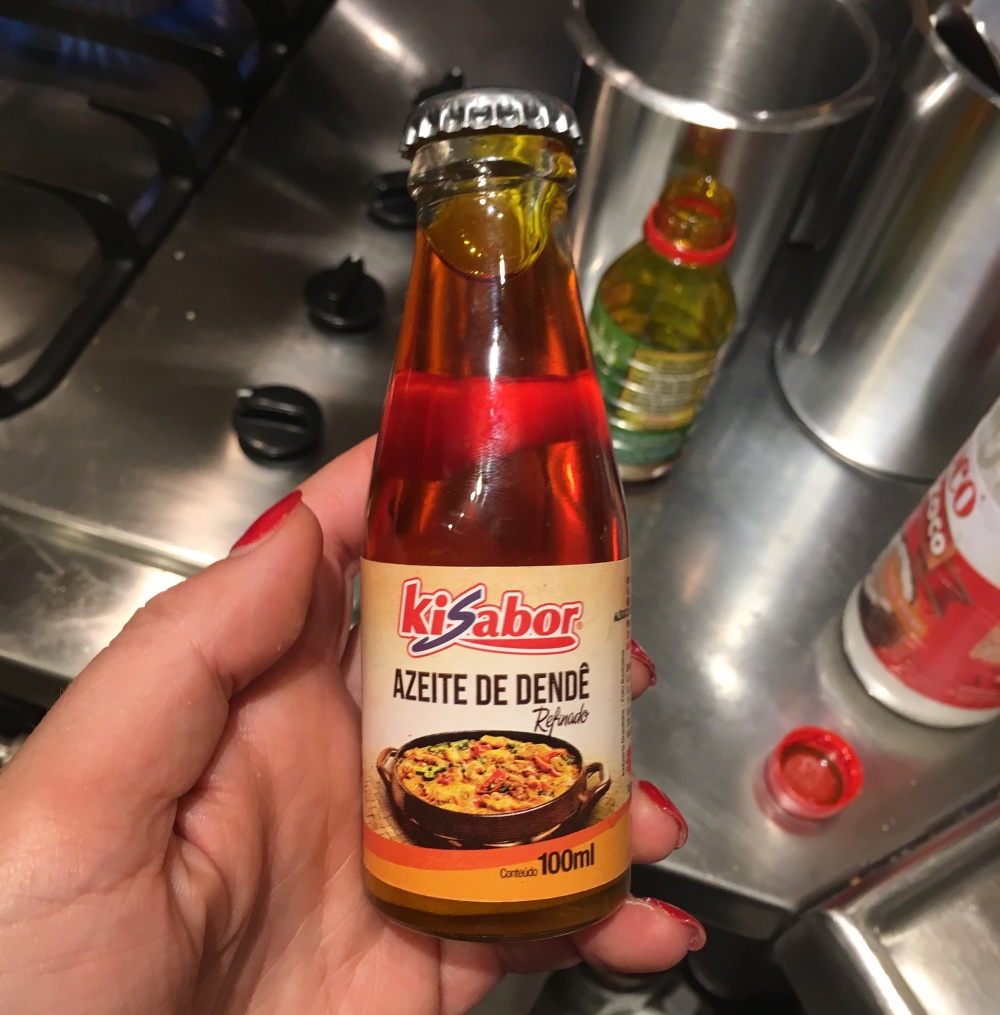 Yara also talked us through ingredients that came to Brazil via the African slaves, like coconut milk, dende (an extract from the palm tree), palm hearts and okra. These ingredients infiltrate much of the African food that’s still very distinctive in Brazil, especially around Salvador where dishes like acarajé, a fritter made with beans and fried in palm oil, are very popular. 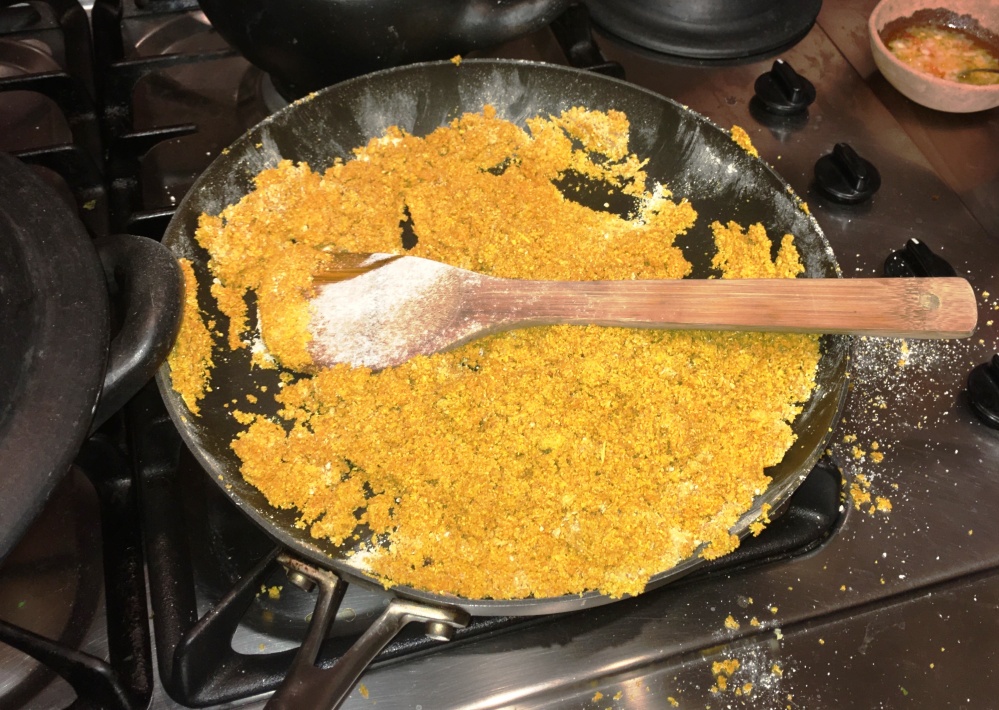 Making farofa for the entrée and main from cassava flour

In between the history lesson (which fascinated me so much I took notes – mum you’d be proud!), we did roll up our sleeves and help Yara and her two cooking assistants prepare a three course meal. First course was tomatoes stuffed with farofa which is cassava flour toasted in butter and similar to toasted breadcrumbs, served with haloumi salad. The farofa is a great way to add texture to a dish and give it a slight toasty flavour.

The main was moqueca – a fish and vegetable stew with coconut milk prepared and served in terracotta pots, which is African in origin. I eagerly put my hand up to assist with this dish and got stuck into layering onions, peppers and coriander with thick pieces of fish and pouring a mix of coconut milk, dende and stock on top to gently braise the fish.

The moqueca is served alongside farofa

The moqueca was also served with farofa which was an excellent complement; the crunchiness of the farofa cutting through the richness of the stew.

My celebrity chef selfie with Yara

Dessert was a tasty little quince tart with cream and jam served well after midnight. After a final glass of wine I left feeling fuller but wiser, with my curiosity about Brazilian food at boiling point. Lucky for me I was en route to Rio where I was soon to take the best food tour of my life. Stay tuned for the post!